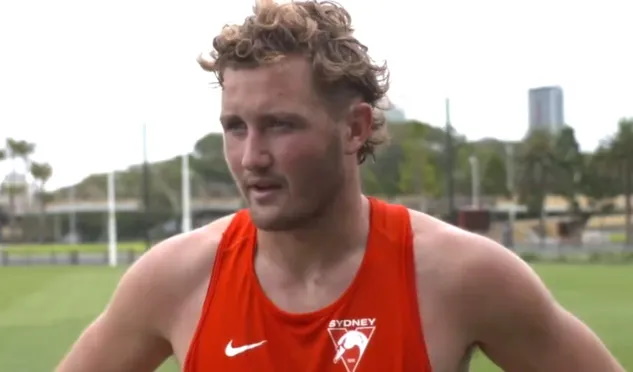 Sydney CEO Tom Harley provided an update on Will Gould on Tuesday morning, he was selected at pick 26 in the 2019 AFL Draft & is yet to make his AFL debut.

“He’s a key position player, he probably didn’t play key position so much as a kid but he’s playing that now.”

“As most football people appreciate, that can take a bit of time.”

“Tommy McCartin has been very settled, Dan Rampe has been settled as well.”

“Gouldy is tracking okay, he’d like to be playing, at the moment there’s just not a spot for him but his development is good” Swans CEO Tom Harley via SEN.

FANTASY IMPACT: Gould will likely be on the radar for many in the off-season again, it appears he is waiting his turn as a key defender which doesn’t sound promising. His scoring output may be limited in a key position role, certainly worth monitoring in the upcoming pre-season but expectations likely need to be tempered a little.