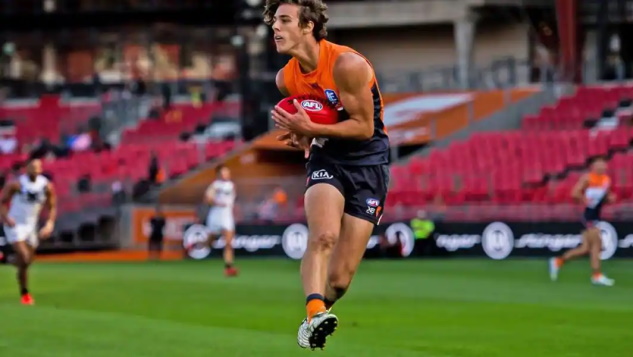 Round 21 of the 2021 H&A season begins on Friday night, @aflratingsPete ranks the Top 5 Trade Targets Under $300K in AFL Fantasy classic.

Peatling was outstanding on debut for the Giants last week, he recorded 19 Disposals, 7 Marks & 3 Tackles for 82pts. He played in defence as a medium key tall, his intercept marking game was excellent & smooth under pressure.

His scoring output from D50 was at a high rate, he’ll rightfully be a popular target this week for those that didn’t target him last week. He could provide decent opportunities to lock in an early score coming off a bench in fantasy to finish out the year.

Matt Flynn won’t return this year, Shane Mumford is currently sidelined with an ongoing back concern. This may provide an opportunity for Briggs to lock in the No.1 ruck position for at least the short term & potentially for the remainder of the season.

The price point is not overly expensive for Briggs, the potential scoring upside is certainly available which could provide much needed support to any forward line or defence.

Nash was used at 46.7% of centre bounces last week for the Hawks, he played some very important minutes through the midfield which helped establish a decent lead against the Lions. He finished with 95pts.

The Hawks may play a little with their midfield rotations to finish the year, but if Nash can remain part of the rotation then he certainly could post some worthy scoring to finish out the year.

Macrae can accelerate his fantasy scoring at a decent rate, using him off the bench could provide an opportunity or two to lock his score in to close out the season.

West is still seeing some inside midfield usage at the Eagles. he was used at 16.7% of centre bounces last week. He has averaged 60.0pts from his 3 games at AFL level, like Macrae he can score at a pretty decent rate & could be used for a potential premium score or two to finish off the season.