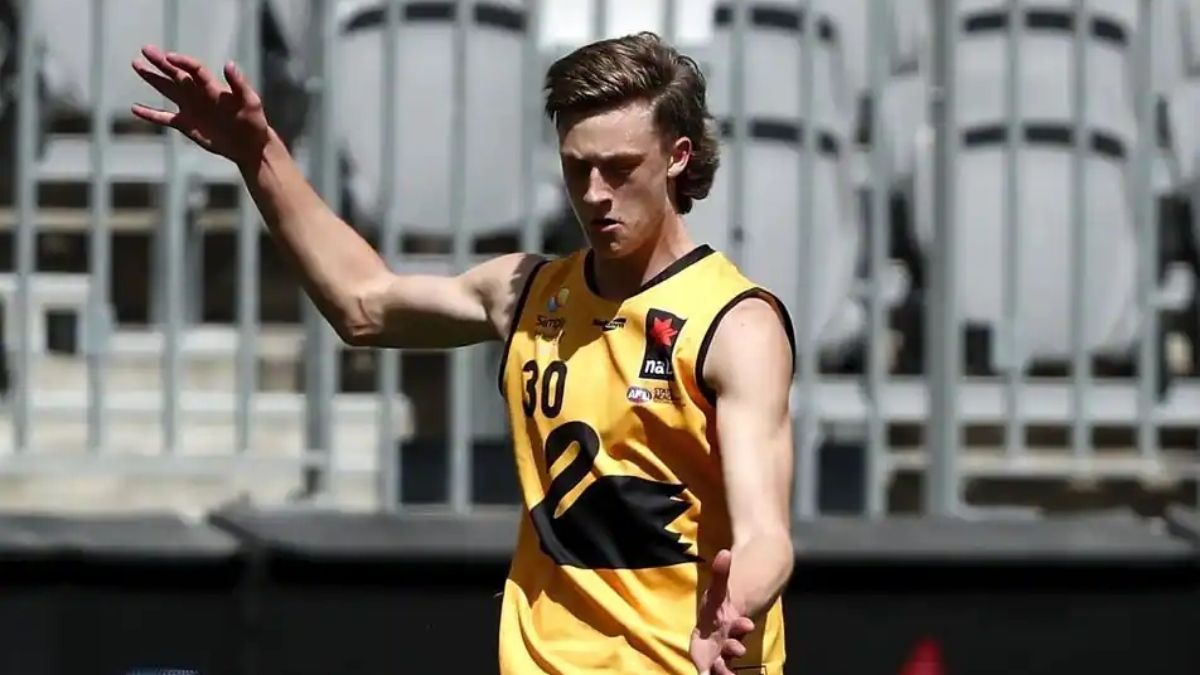 Jye Amiss was taken at pick 8 in the 2021 AFL Draft by Fremantle, he was recruited from East Perth.

He plays as a key forward type, he currently stands at 196cm, 83kg.

Fremantle will allow time for Amiss to develop & put on size in order to play a key forward position.

“What also attracted us to Jye is his natural forward craft. It’s a really difficult skill that doesn’t come naturally to a lot of players but he’s demonstrated quite a lot,”

“I’m sure under Jaymie Graham’s tutelage he will continue to build on that. His teammates like Matt Taberner will certainly be there to guide him as well.” Fremantle EGM of Football Peter Bell.

Fantasy Impact: Fremantle now have an extra key forward in Jye Amiss that will create competition for spots in the team, initially the early part of his career will be about development & integration into what is a very tough role to play at AFL level.

The short term fantasy prospects for Amiss could be sketchy due to the volatility of playing a key forward role, his fantasy upside will likely come longer term with his ability to control the air & hit the scoreboard consistently.

Amiss is likely a pass in season long fantasy at Round 1, there are likely to be better options at lower salaries that will be able to increase value at a faster rate.

He’s a pass in single season draft leagues, he’s a possible option beyond the early rounds in dynasty leagues but the payoff might be a while coming.