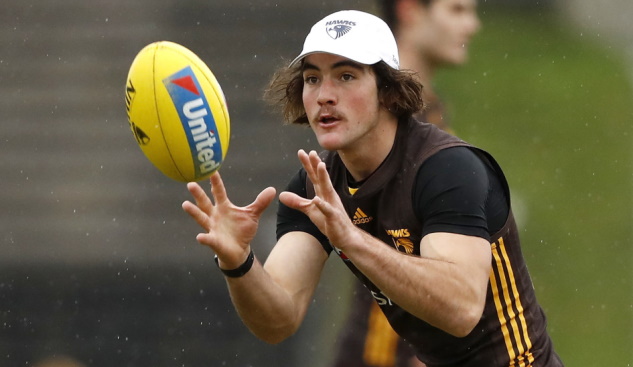 Round 14 of the 2021 H&A season began on Friday night, @aflratingsPete ranks the Top 5 Trade Targets Under $300K in AFL Fantasy classic.

*Players on a Round 14 Bye not considered

Newcombe was superb on debut last week, he recorded 13 Disposals, 1 Mark & a VFL/AFL debut recorded of 14 Tackles. He was used at 64.0% of centre bounces & finished with 87pts.

The ROI should be pretty significant for Newcombe, his usage as an inside mid should remain high for the foreseeable future.

There’s not much to think about here, he’s a genuine target.

James Madden returns for his 4th game of the season in Round 14, he has averaged 13.0 Disposals, 3.0 Marks & 1 Tackle this season. He’ll likely spend most of his game time in defence with the ability to move up the ground in general play when required, his position in the team should be decent in the short term.

A quick hit on his salary is required & should be enough over the next 2-3 weeks, his position in the team likely becomes sketchy beyond that & is based on player availability.

Lachlan Bramble will make his AFL debut in Round 14, he was picked up by the Hawks in the 2021 SSP. He did play in the Pre-season AAMI Community Series where he was used at 16.1% of centre bounces, he scored 41pts from 85% game time.

If your’e searching for a minimum salary option this week, Bramble could be an option.

Xerri played his first game of the season last week & had little impact after half-time, he recorded 8 Disposals, 2 Marks & 5 Hit Outs for 29pts. Xerri is in a secondary ruck role as back-up to Todd Goldstein, he’ll likely spend most of his time forward of the ball.

The FWD only status is a little awkward especially with the potential of a low ROI, if your’e look to trade down to the minimum this week he is an option.

Finally Paddy has fallen below $300K this season, while he has failed to deliver from a fantasy perspective over his career the opportunities for the remainder of this season could be decent. Dow has seen centre bounce usage this season at AFL level, the Blues need additional inside mids & Dow could be perfectly placed.

Dow can be used as bench cover for the remainder of the season assuming his place in the Carlton team becomes stable, his DPP flexibility adds that extra little bit of value.

Keep the expectations low, hopefully he can surprise, finally!