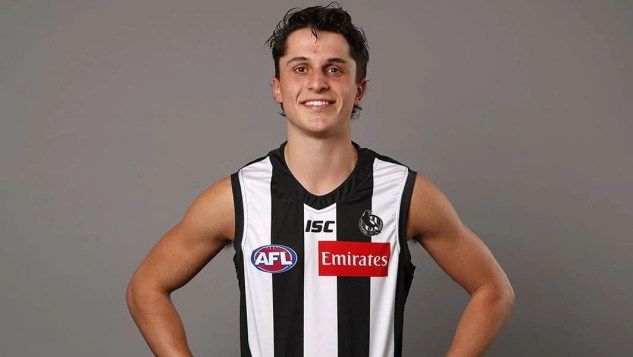 Round 13 of the 2021 H&A season began on Thursday night, @aflratingsPete ranks the Top 5 Trade Targets Under $300K in AFL Fantasy classic.

*Players on a Round 13 Bye not considered

Another solid outing for Bianco last week as he recorded 16 Disposals & 4 Marks, he has averaged 74.0pts from his first 2 AFL games. Bianco found most of his ball between the arcs last week, maintaining a wing type role in general play should keep the fantasy scores ticking over. With his current BE (Break Even) of -18 he’s a non-negotiable trade target at this point.

Reeves was pretty solid in his last outing back in Round 11, he has averaged 10.0 Disposals, 5.0 Marks, 4.0 Tackles & 28.0 Hit Outs from 2 games at AFL level this season. At this stage the Hawks are deep into a rebuild phase, you’d expect Reeves to be developed at AFL level but that is not guaranteed. In the short term he’s likely in a split role with Ben McEvoy.

At his current -21 BE it’s pretty tough to ignore, the ROI should be very good.

Jai Newcombe will make his AFL debut on Friday night, he was recently selected at pick 2 in the mid-season draft. He has averaged 23.2 Disposals, 5.5 Marks & 7.0 Tackles from 6 games in the VFL this season playing through the midfield. The instant opportunity for Newcombe provides confidence on his short term opportunities at AFL level, his salary & ability to be available in Round 14 (no Bye) makes him a very strong target this week.

Worrell will make his AFL debut in Round 13, he has averaged 18.0 Disposals, 4.6 Marks & 1.8 Tackles in the SANFL this season. He’ll play in defence but is unlikely to be matched up against key position forwards, his strong intercept marking skills should be a feature which does add to the fantasy potential scoring output.

Amartey was very solid in his first game of the season last week, he recorded 14 Disposals, 6 Marks, 2 Tackles & 9 Hit Outs against Carlton. He will likely provide ruck support for Tom Hickey again in Round 13, his ability to impact marking contests last week was a feature. There is plenty of fantasy potential for Amartey, a solid output in the short term will provide a decent ROI.