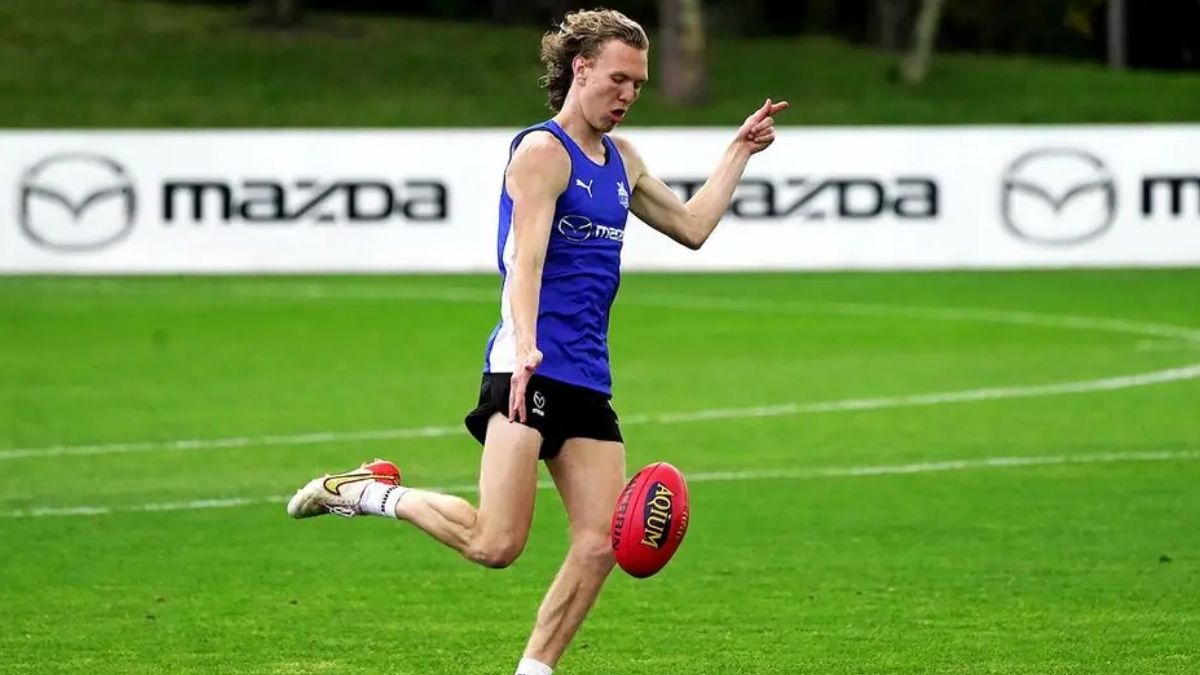 Miller Bergman was taken at pick 38 in the 2021 AFL Draft by Nth Melbourne, he was recruited from Dandenong Stingrays.

“He will provide a lot of drive with his run and kick, filling a position type we need for the long term,”

“Miller showed his talent and versatility in the NAB league this season also playing forward, kicking three goals in one quarter.”

“We are really excited with what Miller can bring once in an elite program.” Finnigan said.

Bergman is confident on what traits he can bring to Nth Melbourne.

“I feel like I can use my skills to try & open up the game,”

“Quite hard working, try to run & be an attacking half-back” Bergman said.

Fantasy Impact: Miller Bergman will add a different attacking dynamic to Nth Melbourne, his run & carry will be a feature of his game.

He’s an athletic type that reads the play well, he has a high ability to hit targets, he has strong hands & can hit the scoreboard when moving forward.

The short term fantasy prospects could be intermediate for Bergman, he needs to develop his body & build a tank ready for a long term AFL season which could possibly mean he may see opportunities in short bursts in 2022.

His long term prospects are noteworthy, if he lines up across half-back as his primary role expect his scoring output to be strong. He will add versatility to Nth Melbourne which could see movement in his roles throughout his career.

If Bergman is anywhere near that Nth Melbourne team in 2022 he is a consideration in season long fantasy, keep in mind 2022 will be a development year for him but given any opportunity he will likely score at a decent rate.

He’s likely a pass in single season draft leagues, in dynasty leagues place him right in the mix just beyond priority selections well ahead of expected ADP. He could provide a decent fantasy scoring output over his career.