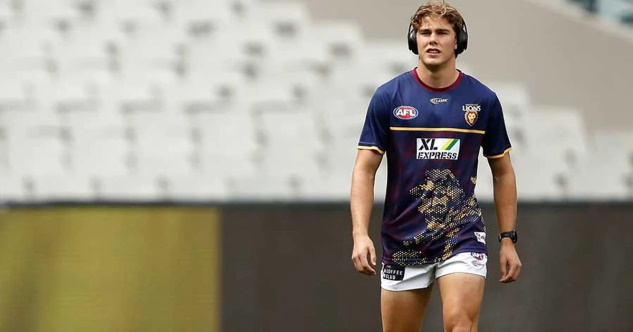 Round 4 of the 2021 H&A season begins on Thursday night, @aflratingsPete ranks the Top 5 Trade Targets Under $300K in AFL Fantasy classic.

Robertson was impressive in just his second AFL game last week, he was used through the midfield which included 28.0% of centre bounce usage. Jarrod Berry is on the radar to return for the Lions which could impact the usage for Robertson, his position in the team should remain strong considering his output last week but there is no guarantee.

The excellent Break Even (BE) is tough to ignore.

Phillips was quiet in his AFL debut last week returning just 34pts, but considering Nth Melbourne are on a long term path of rebuilding he should see plenty of opportunities this season which should also include midfield usage. Phillips is an inside midfielder than can win his own ball in contested situations, despite his Round 3 low score his fantasy prospects remain strong.

Jones will make his AFL debut in Round 4, he trained & played through a half-back role in the pre-season & should slot into that position this week & early into his AFL career. Jones is a big unit that can win his own ball in contested situations, additional fantasy scoring opportunities should be available based on his premium scoring position.

If Jones can establish himself in the Port Adelaide team quickly, his fantasy prospects are quite strong.

With the long term injury to Jarrod Witts, Gold Coast are in desperate need of a ruck until Zac Smith becomes available in 3-4 weeks. It is likely Burgess has the role for the short term which should turn out to be a profitable position to take, the risk is high but so is the potential return. In a salary format where generating profit is crucial, there could be a nice payoff with Burgess.

Take into consideration that Gold Coast may vary from week to week their ruck set-up.

With the long term injury to Hayden Young & other injury concerns in the Fremantle defence Chapman should be in a solid spot from a fantasy perspective, his scoring started to tick over at a nice rate last week when Young went down with an injury.

A solid block of games should turn into a much needed profit in a few weeks.