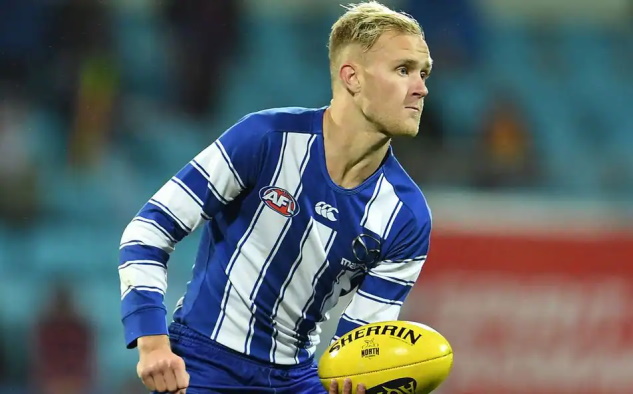 Jaidyn Stephenson will be sidelined for an indefinite period, he sustained an injury to his hip at home on Friday night via Nth Melbourne.

The injury has been described as a small fracture to his hip, surgery is a potential outcome.

“He was kept in overnight and he looks like he might be laid up for a while. At this stage he’ll have a stay in hospital while his surgeon decides whether he’ll need surgery.”

“It puts a dampener on what was a promising season for Jaidyn. We’re disappointed with his poor judgement and his reckless action has resulted in quite a painful injury for him.” Kangaroos GM football, Brady Rawlings.

FANTASY IMPACT: Jaidyn Stephenson averaged 84.8pts from 19 games in 2021, he was used through the midfield sparingly throughout the season but did have a licence to move back onto the half-back line & use his speed to assist ball movement at times.

Stephenson expressed an interest to move into the midfield next season on the back of a solid pre-season, such a move has likely been shelved until further notice or at least until a timeline for a return is known.

High centre bounce usage is unlikely at this stage, his outside run is definitely an asset, his role however should be monitored throughout the pre-season.

Nth Melbourne: "Hopefully after another pre-season, I can make inside midfield my pure role"