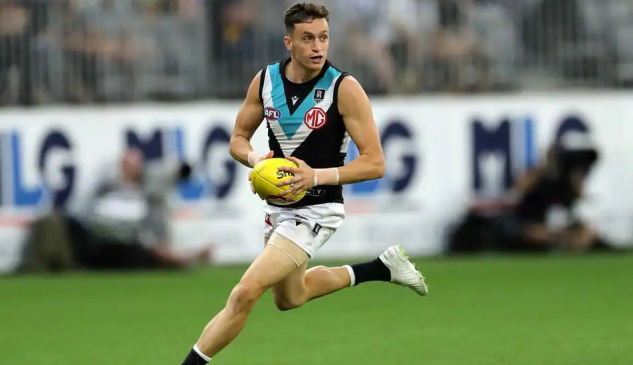 Orazio Fantasia is expected to be available for the Port Adelaide Preliminary Final, he was subbed out of the Friday night Qualifying Final against Geelong with a knee concern.

The injury was described as a knee knock by Port Adelaide senior coach Ken Hinkley in his post game press conference.

“Raz we’re confident is going to play, we won’t bother with scans in the short term”

“We expect him to be available” Power GM of Football Chris Davies.

Fantasia recorded 9 Disposals & 4 Goals against the Cats on Friday night.

DFS IMPACT: Fantasia scored 61pts against the Cats last week before being subbed out of the game against Geelong, he has now kicked multiple goals in 9 of 14 games this season.