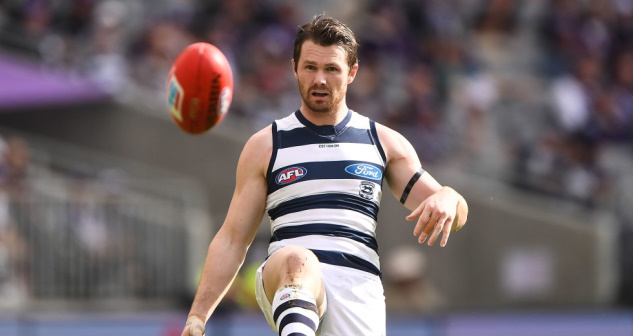 Patrick Dangerfield injured his hand in Round 23 against Melbourne, he played on Friday night against Port Adelaide with his ring & small fingers taped on his right hand via @cleary_mitch.

It is a suspected fracture, he is currently expected to play in the Geelong Semi Final against GWS Giants on Friday night at Optus Stadium.

DFS IMPACT: Patrick Dangerfield scored 90pts against the Power on Friday night, he has a season average of 87.0pts.

He was 41.0% owned in the DS main tourney & 58.7% owned in the DK showdown tourney on Friday night. There may be a regression in ownership this week on the back of his injury news.

Dangerfield scored just 15pts in Round 21 against the Giants, he was subbed out of the game early following a throat injury. Matt deBoer went to Dangerfield (40pts, 16 min Qtrs) in Round 1 last season, he went to him several times at stoppages in general play in Round 21 before he was injured & left the game.