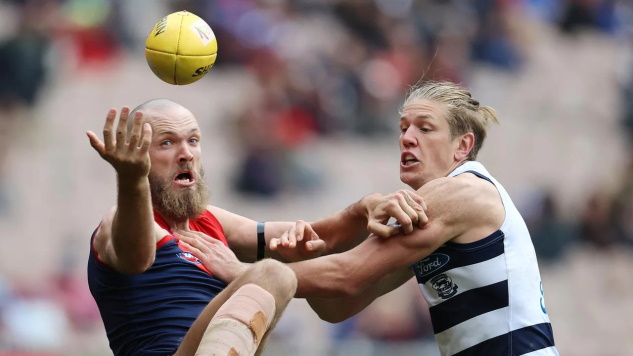 Max Gawn has been outstanding in his last 2 games, he has averaged 137.0pts.

In 2 games against Geelong this year Gawn has averaged 135.5pts, his salary on Friday night is high enough & could see moderate ownership only with many preferring Rhys Stanley at the same position.

Gawn should be highly considered in a Melbourne stack.

Mitch Duncan could see higher inside midfield usage on Friday night against Melbourne, Brandan Parfitt has been ruled out which does leave vacant a considerable amount of centre bounces to attend.

Duncan was elite earlier this year when he was used through the middle of the ground, he averaged 123.1pts from his opening 7 games of 2021. He is a high ceiling type player that can break a slate quite easily.

If the Cats can control the ball against the Demons, expect Duncan to be involved in that type of ball movement.

Expect moderate ownership at a minimum.

The salary for Tom Sparrow remains low enough to be a viable option again on Friday night, he has averaged 72.0pts from his last 3 games.

He has been used as a medical sub at times this year, that has contributed to his low salary & fantasy output.

Expect moderate to strong ownership, he can be used as an inside or outside midfield type player.

*Interestingly Quinton Narkle was only named emergency at lunch on Friday, if he were to be a late inclusion he is excellent value based on his low salary & potential fantasy output.

With the injury to Brandan Parfitt, there will be a shift in midfield & centre bounce usage.

If Narkle is a late inclusion he should be highly considered.