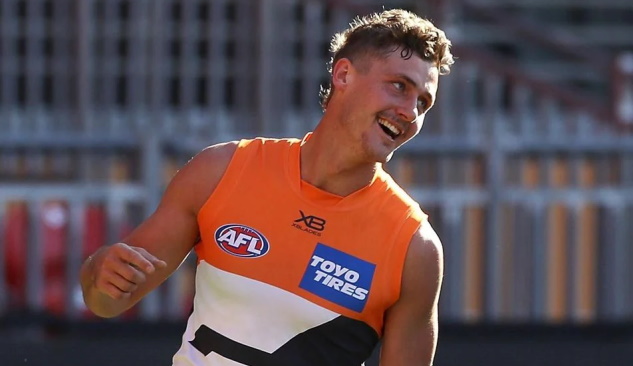 Harry Perryman has been sidelined with a hamstring injury, the incident occurred in Round 9 against Richmond.

He was subsequently subbed out of the game.

Perryman is expected to miss 3-4 weeks, the Giants have a Bye in Round 12.

“We expect his rehabilitation to take around that three-to-four week mark with him to return to the field after the bye.” Giants Head of Medical Cullan Ball.

GWS will likely provide an update as his rehabilitation progresses.

Harry Perryman is averaging 85.5pts from 6 games this season, he scored a season high 101pts in Round 1.

Tanner Bruhn was subbed into the game when Perryman injured his hamstring.

Nick Haynes (Hamstring) is expected to return in Round 10, although he will need to successfully complete another full week of training.

Perryman is a trade out in AFL Fantasy classic.