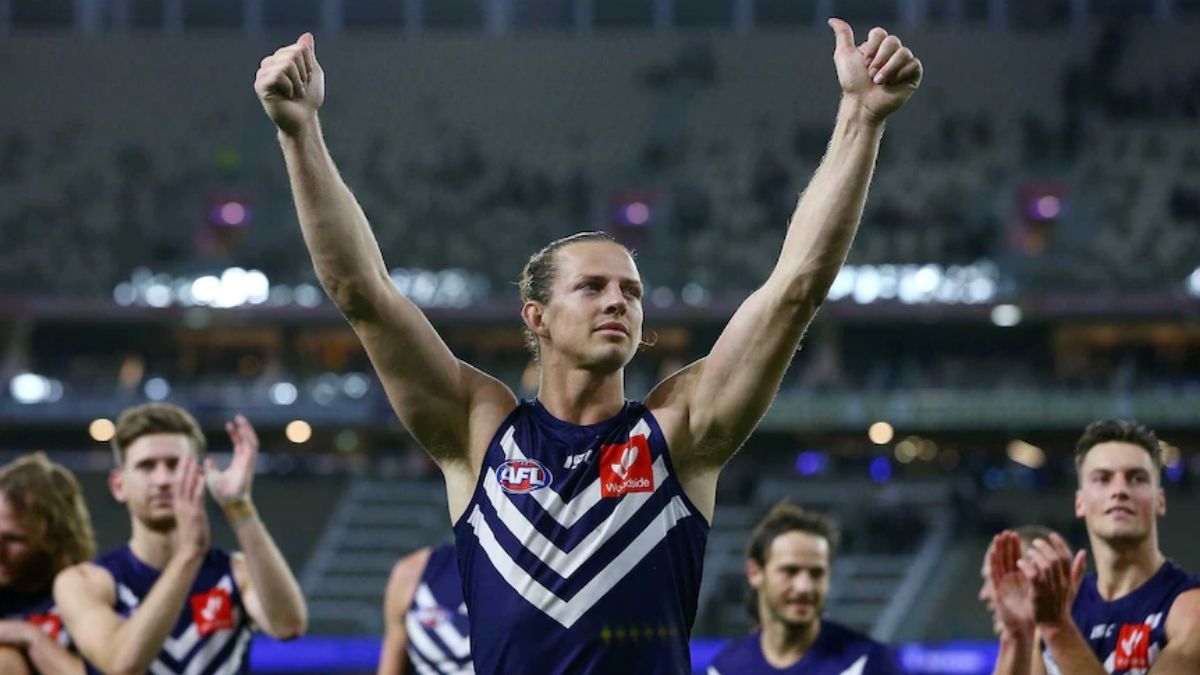 Fremantle senior coach Justin Longmuir has provided an update on Nat Fyfe, he has returned to building his fitness with a view of returning to full training in February.

Fyfe has undergone multiple shoulder surgeries since his season ended in 2021, he also encountered an infection that required further treatment & rest.

Longmuir was positive on Tuesday during an interview on NAB AFL Draft Countdown.

“He’s been able to start sweating after the infection got in there, we seem to be on top of that. “

“He’s back to work, back to building his fitness.” Longmuir said.

“We expect him to be right & back into training by mid-Feb, if not late-Feb.”

“Expect him to be right to go for the start of the season.” Longmuir added.

He scored a season high 108pts in Round 17 against Hawthorn.

The positive update for Fyfe does increase his chances of being available for Round 1, this will likely impact the midfield dynamic at the Dockers.

Fyfe is still likely an avoid for season long fantasy at Round 1, he is likely to have low ownership.

His ADP will still slide in single season draft leagues.