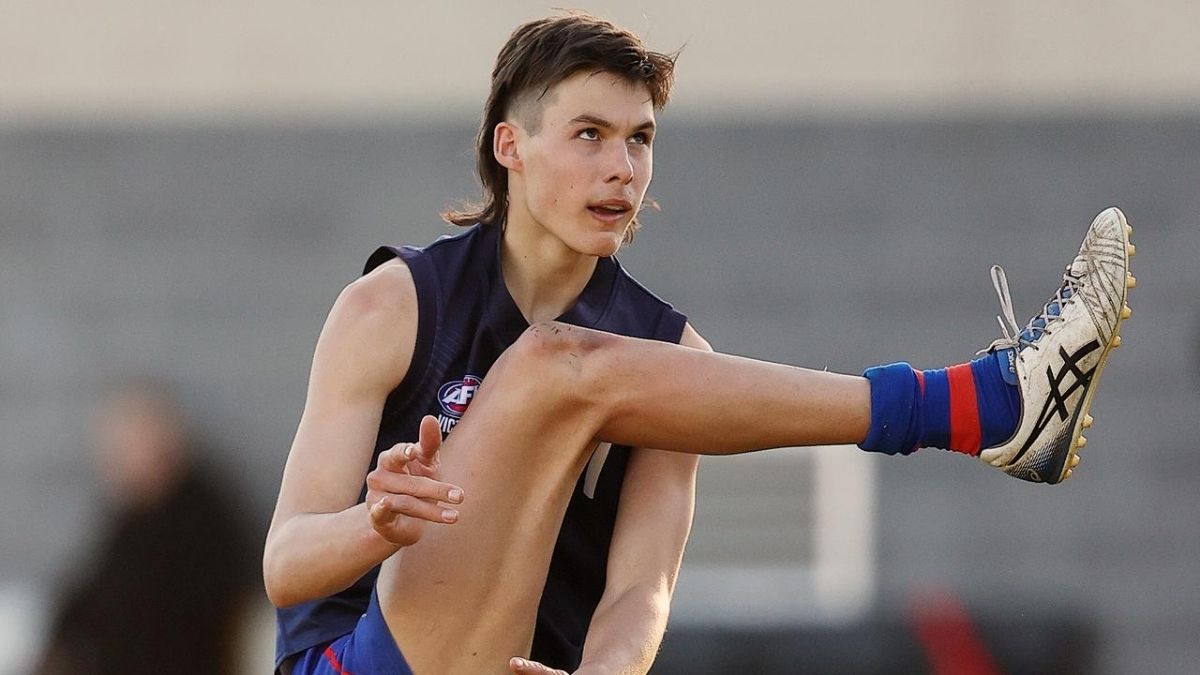 Sam Darcy provided an update on his injured foot this week, he is recovering from a stress fracture.

He said in an interview this week on SEN the bone has healed well, he’s currently on “light duties” & a resumption of full training is not far away.

“The bone has recovered well,”

“Only another couple of weeks away then back into the full swing of things” Darcy said.

This year has seen Darcy grow another two centimetres, he is now 205cm tall.

His prospects at playing in 2022 seem distant, with minimal games played recently & the need to develop from a raw prospect is likely to hinder an early season debut.

“They won’t have pressure on me to play early, I would definitely have the goal to try & get some games in my first year”

Darcy is expected to be taken as a father/son selection early in the 2022 AFL Draft by the Western Bulldogs, he is the son of Luke Darcy.

Fantasy Impact: It is likely we won’t see Sam Darcy early in 2022, but he’s definitely on the radar from a fantasy perspective.

The Bulldogs were very conservative with Jamarra Ugle-Hagan in 2021, that’s a key sign they won’t rush Darcy despite high expectations.

Coming off a foot stress fracture is also likely to result in a conservative approach in his development.

Darcy is likely a pass in season long fantasy, that would change if he develops quickly over the pre-season.

He’s a pass in standard draft leagues, he’s a target for dynasty leagues.