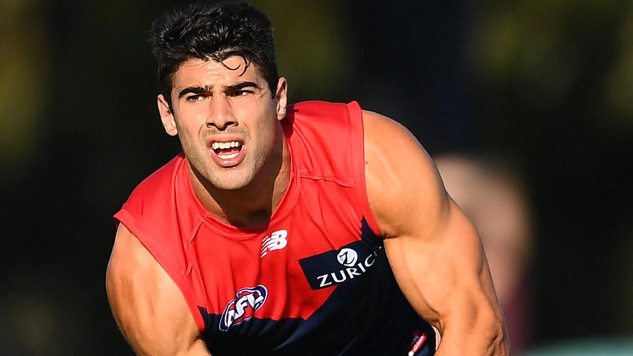 With the completion of Round 1 fantasy coaches will start to formulate a plan for a successful 2020 season, pulling the trigger on strategic trades that are beneficial to your overall team rank are extremely important especially in finding the path of least resistance.

Taking a look at the Top 25 Forward ownership following Round 1 some genuine intelligence has been revealed, with the shortened season reduced to just 17 games per team in 2020 fantasy coaches have little time to adjust in the early part of the season.

Targeting highly owned players from top ranked teams may provide some type of scoring security but that won’t help in finding enough unique options to outscore those teams by the end of the season, using ownership numbers we can devise a plan for finding specific players that may have a longer term scoring edge in order to deliver a significant advantage.

There were only two players more than 50.0% owned at the Forward position by the overall Top 25 at Round 1, Christian Petracca was the highest owned player at 68.0%.

The Melbourne coaching staff had clearly indicated during pre-season the midfield usage for Petracca would increase in 2020, he recorded 79.3% of CBA’s in the opening game of the Marsh Community Series & backed that up with 90.5% in game 2.

Melbourne: “He’s doing some great stuff in the midfield group & we hope he plays a lot of footy there this year.” Demons Assistant Coach Ben Mathews on Christian Petracca#AFL pic.twitter.com/vrBQtAZsWW

In Round 1 Petracca was used at 73.9% of CBA’s against West Coast at Optus Stadium scoring 90pts, he is definitely worth considering as a trade-in target for Round 2.

The decision to move away from the highly owned Brayshaw or continue the ride & hold could be decisive early in the fantasy season, with David Mundy set to return for the Dockers the scoring opportunities may be limited but a decent BE (Break Even) is still achievable in Round 2.

Lachie Whitfield was owned by 44.0% of the overall Top 25 including the No.1 & 2 ranked teams, he scored a moderate 68pts in Round 1 (vs Geelong) but do not forget that was against the No.3 ranked opponent for AFL Fantasy points conceded in 2019.

The high ceiling for Whitfield will assist in a substantial rank improvement in any given week, if the high scoring eventuates early in the AFL season re-start then expect his ownership numbers to be extremely high for overall top ranked teams.

Curtis Taylor was also owned at 44.0% by the overall Top 25, he scored 47pts in Round 1 & should be able to continue his salary increase with a BE at a healthy -2.

Dustin Martin was owned at a very high rate of 59.6% by the overall competition and just 36.0% by the overall Top 25, expect that ownership percentage to increase over the course of the season.

Chad Wingard was part of the Hawks midfield rotation in Round 1 against Brisbane, he was used at 38.5% of CBA’s and scored an impressive 100pts against the Lions.

*All data relates to starting 6 Forwards only, bench players not included unless used & started on ground as an emergency.

Jeppa & Pete discuss the Round 1 Top 25 Ruck ownership in Episode 32 of the Plus Six Podcast, watch out for the episode link below.

Listen to the latest Plus Six Podcast below..