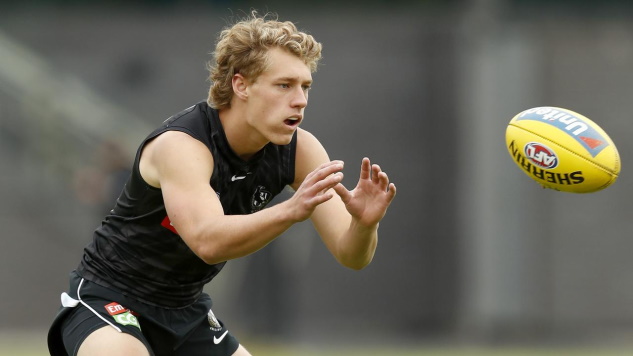 Round 6 of the 2021 H&A season begins on Friday night, @aflratingsPete ranks the Top 5 Trade Targets Under $300K in AFL Fantasy classic.

Macrae made his AFL debut last week scoring 54pts, a move into a pure midfield role late in the game instigated a very good scoring rate. His one touch football early was certainly noteworthy, Magpies senior coach Nathan Buckley made mention of his early moments in the Round 5 post game presser. With the backing of the coach the long term position in the team for Macrae should be strong, an increase in midfield usage should deliver a pretty decent ROI.

The injury to Lachie Jones should increase the position in the team for Miles Bergman, he has averaged 61.3pts from his opening 3 games of the season which included 69pts after being recalled to the team last week. Port Adelaide coaching staff stated earlier this week that Dan Houston was moved into the midfield to allow Jones to play across half back, hopefully Bergman can move straight into that role now. There are a lot of moving parts currently in the Port Adelaide team due to injuries, another few weeks in the team for Bergman & he should generate a substantial profit.

Rantall will make his AFL debut in Round 6 against Essendon at the MCG, he was selected at pick 40 in the 2019 AFL Draft. He recorded 28 Disposals & 6 Tackles in the VFL last week, he played at a decent rate through the midfield. The price tag is likely too good to ignore on Rantall for Round 6, he is a decent downgrade option.

It has been a very slow fantasy start for Phillips, he has averaged just 38.7pts from his opening 3 career games. He did see a season high 25.0% usage at centre bounces last week, his position in the team long term should be solid which is likely to see an increase at an inside midfield position. Bench cover is important this season, while Phillips hasn’t provided any fantasy noteworthy scores as yet he still could be a viable target, ownership is likely low for top ranked teams.

Robertson was unlucky to be left out of the Round 5 team against Essendon last week, after opening with 93pts at Marvel Stadium in Round 3 he was a little quieter in tough conditions at Mars Stadium in Round 4 finishing with 43pts. The low Break Even (BE) for Robertson is quite important in a season where generating a quick profit from players has been difficult, a return to the team in the near future should see a decent salary increase.