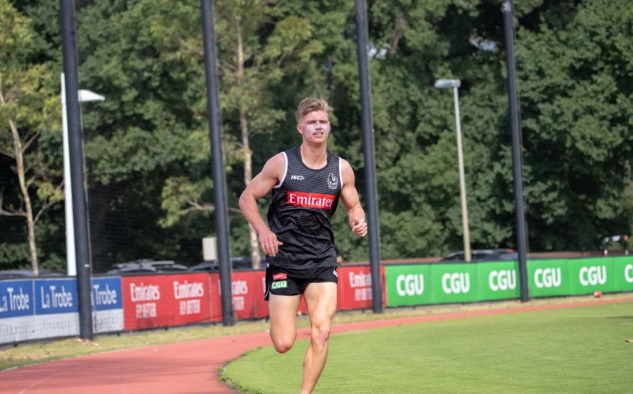 There has been an update on the role for Jay Rantall, he will make his AFL debut in Round 6 against Essendon at the MCG.

Magpies senior coach Nathan Buckley announced the debut for Rantall on Thursday, adding he will play through a midfield & forward role.

“Your strengths are going to be important for us. You get up and down the ground insistently, you’ll do it for four quarters.”

Jay Rantall recorded 28 Disposals & 6 Tackles in the VFL last week, he played at a decent rate through the midfield.

The Magpies do have injury concerns this week, Jordan DeGoey (concussion protocol) is unavailable for Round 6 while Jeremy Howe has been sidelined with a hamstring injury. Chris Mayne is also questionable, while Mark Keane is suspended for 1 game.

Rantall is an option to trade in for AFL Fantasy Classic at Round 6, if he can settle in at AFL level instantly he could see a decent run of games to start his career. He has elite endurance.