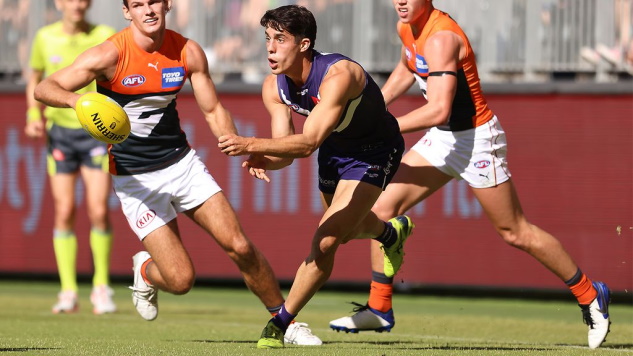 Adam Cerra has been sidelined with an ankle injury, the incident occurred early in Round 5 against Adelaide.

He has been diagnosed with a syndesmosis injury to his right ankle, he is expected to miss 3-4 weeks.

“It’s a low-grade syndesmosis injury and we expect that he’ll be out for around three to four weeks,”

“He’ll be in a moon boot for a week. Next week he’ll likely get out of that and commence some functionality testing and, hopefully, transition back into football from there.” Dockers GM of Football Operations and Performance Joe Brierty.

Adam Cerra averaged 94.0pts from his opening 4 games of the season, he averaged 23.5 Disposals & 6.0 Marks over the same period.

Fremantle senior coach Justin Longmuir stated on Thursday Darcy Tucker would play another game in the WAFL this week, he will likely be played through an inside midfield role when he returns.

Expect Nat Fyfe to be used at a high rate through the midfield over the upcoming period, Andrew Brayshaw has seen opposition attention this season & he has also been used in negating midfield roles at times.

Cerra is a trade out for AFL Fantasy classic.