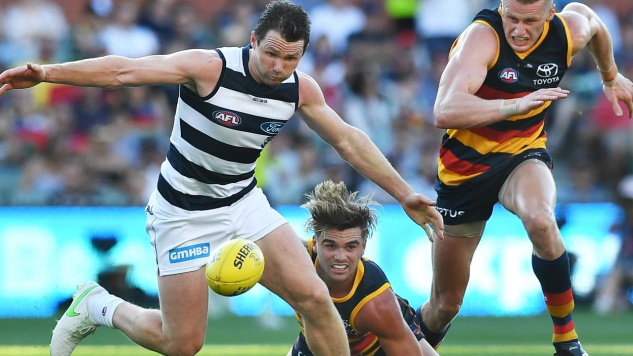 Patrick Dangerfield has been sidelined for an extended period, he injured his ankle against Nth Melbourne in Round 5.

He underwent scans this week, he has been diagnosed with a syndesmosis injury.

He has undergone surgery via @cleary_mitch.

No timeline for a return is available as yet, it is possible he could miss up to 8 weeks.

The Cats will likely provide an update in the upcoming period.

Patrick Dangerfield has averaged 84.0pts from 2 games this season, he has averaged 24.0 Disposals over the same period.

Geelong has excellent midfield depth & will cover Dangerfield until he returns, Joel Selwood has been used at 78.1% of centre bounces without him this season & 58.8% with him in 2 games.

Expect Selwood, Mitch Duncan & Cam Guthrie to be used at a decent rate at centre bounces in the short to medium term.

Dangerfield is a trade out in AFL Fantasy classic.