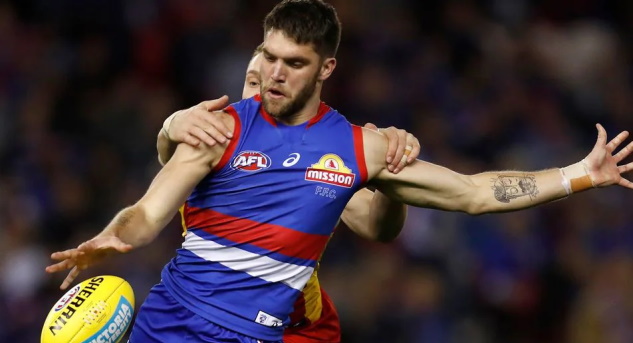 Bailey Williams has been sidelined for an extended period, he injured his collarbone against Gold Coast in Round 5.

Williams underwent scans earlier this week, he has been diagnosed with a fractured collarbone.

He underwent surgery, he is expected to miss 2-4 weeks.

“In the third quarter, Bailey came to the bench after a heavy hit to his collarbone,”

“Scans have confirmed that he did fracture his collarbone and that required surgery today.”

“In the next couple of days, we’ll confirm his plan, but expect him to miss the next two-to-four weeks.” Bulldogs Head of Medical, Chris Bell on Monday.

Bailey Williams has averaged 72.0pts from 5 games this season, he has averaged 18.8 Disposals over the same period.

It should be a short stint on the sidelines for Williams, he would likely return to the team when medically cleared.

Caleb Daniel will return to the team in Round 6 following a 1 game suspension, Hayden Crozier returned from injury in Round 5.

Bailey Williams is a trade out in AFL Fantasy classic.