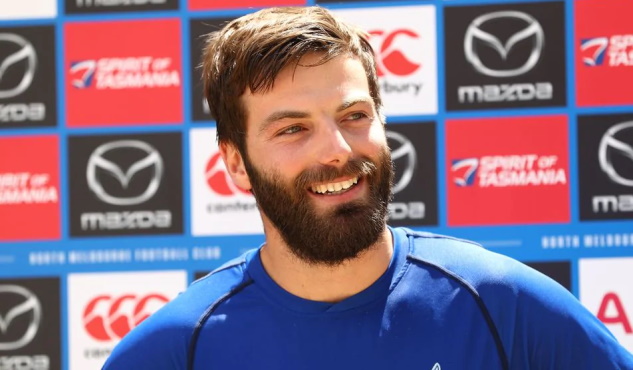 Luke McDonald has been sidelined for up to 3 months, he injured his pectoral muscle in Round 4 against Adelaide.

He was immediately subbed out of the game.

McDonald has been diagnosed with a torn pectoral muscle, he will undergo surgery on Wednesday & will be sidelined for 10-12 weeks via Kangaroos media.

“We’ve gone to the specialists and the recommendation is for surgery so Luke will undergo surgery tomorrow to repair the torn pec.”

“To get full function and to get back to full strength the best way to go about it is to have surgery.”

“At this stage we think a recovery period in rehab probably around 10-12 weeks so (we) expect to see Luke well after the bye.” Kangaroos GM Football Brady Rawlings.

McDonald was appearing in just his first game of the season, his absence in defence will provide an opportunity in the long term.

Lachie Young did come on to replace McDonald in Round 4.

Aaron Hall did find quite a bit of the ball in defence in Round 4, Atu Bosenavulagi may be given an opportunity at some stage.

Kangaroos senior coach David Noble will continue to evaluate the playing list, this may be a volatile situation where many players will be given an opportunity not only in defence but in several other positions throughout the remainder of the season.

McDonald is a trade out in AFL Fantasy classic.