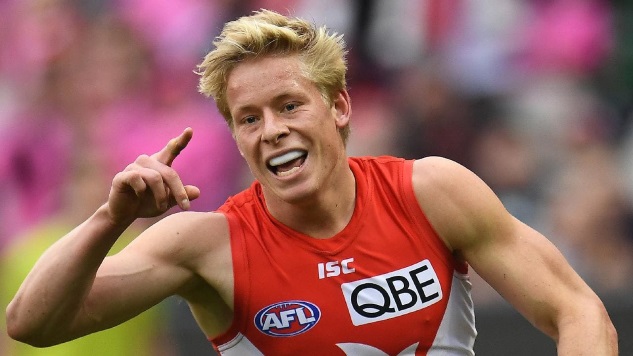 Isaac Heeney has been sidelined for an extended period, he injured his hand in Round 4 against Essendon.

He was subbed out of the game, subsequently he has been diagnosed with a broken hand.

Heeney is expected to miss 2-3 weeks.

“It’s just terrible luck for him. He’s one of our best preparers, he trains so hard,”

Sydney are likely to provide further updates as his rehabilitation progresses.

Heeney averaged 76.7pts from his opening 3 games of the season, he averaged 12.7 Disposals over the same period.

With James Rowbottom expected to return from a knee injury there could be a shift in some positions within the Sydney team, Chad Warner had seen an increase in centre bounce usage without Rowbottom & was played in a split midfield/forward role with him in the early part of the season.

Heeney is a trade out in AFL Fantasy classic.