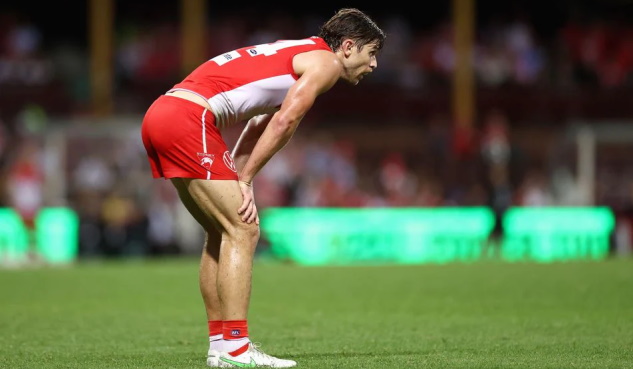 Dane Rampe has been sidelined for an extended period, he injured his finger at training 2 weeks ago.

He underwent surgery to repair his broken finger on Monday via Swans media.

“We were hopeful Dane may have been able to avoid surgery but a decision to operate was made this morning after further consultation with the surgeon and Dane underwent surgery late this afternoon. At this stage, we expect Dane will miss the next three to four weeks.” Sydney GM of Football Charlie Gardiner.

Sydney are likely to provide further updates as his rehabilitation progresses.

Rampe averaged 63.8pts from his opening 4 games of the season, he averaged 15.8 Disposals over the same period.

The Swans are likely to recall a key defender to replace Rampe, Lewis Melican would be an option to fill that role.

If senior coach John Longmire decided to head down another path, Callum Mills might be a possible option to return to defence although he has been exceptional this season in his midfield role.

Longmire wasn’t that bullish on Will Gould in a recent radio interview:

“He’s only a second year player.. he’s still working on his craft.. there’s no doubt we’ll need him”.