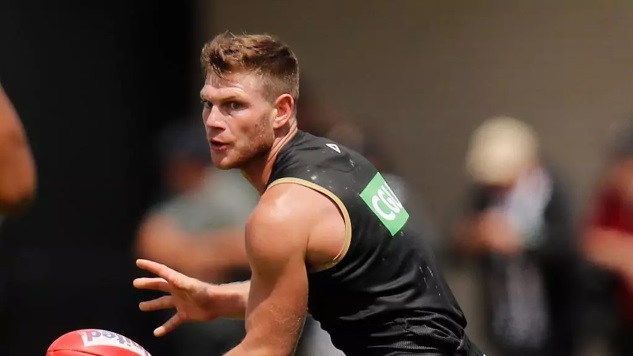 Taylor Adams has been sidelined with a knee injury, the incident occurred in Round 4 against GWS.

He has subsequently been diagnosed with a high level MCL strain via Magpies media.

Adams will also consult with a surgeon in order to determine if surgery is required.

He is expected to miss at least 10 weeks, Collingwood are likely to provide a further update in the upcoming period.

Adams averaged 91.3pts from his opening 3 games of the season, he averaged 24.7 Disposals over the same period.

The injury leaves the Collingwood midfield short-handed for a lengthy period of time, expect Brayden Sier to see an increase in midfield usage when available while Jack Crisp has already seen an increase in centre bounce usage this season.

Finn Macrae is on the radar to make his AFL debut, he is likely to play an outside midfield role.

Scott Pendlebury is now the main guy in at centre bounces for the Magpies, he could be the focus for opposition teams.

Adams is a trade out in AFL Fantasy classic.