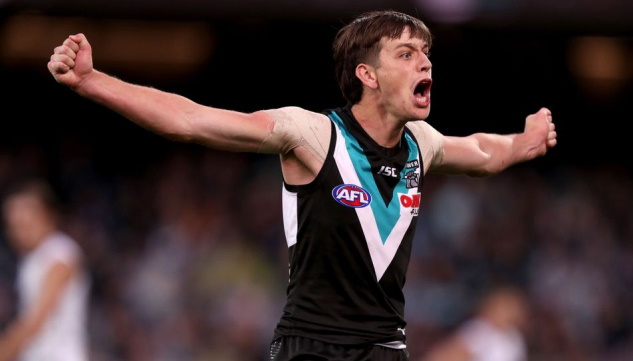 Zak Butters has been sidelined for an extended period, he injured his ankle in Round 4 against Richmond.

He has been diagnosed with syndesmosis, he has also undergone surgery.

It is expected Butters will miss more than a month of football, Port Adelaide will likely provide updates in the upcoming period on his rehabilitation progress.

Butters averaged 84.8pts from his opening 4 games of the season, he averaged 21.8 Disposals over the same period.

Port Adelaide have their injury concerns coming out of Round 4, Xavier Duursma is also sidelined for an extended period with a knee injury.

Tom Rockliff may be an option to return, Sam Powell-Pepper won’t play AFL in Round 5 but is nearing a return once he regains full fitness.

Miles Bergman may see another opportunity, he averaged 57.5pts from his first 2 games at AFL level.

Butters is a trade out in AFL Fantasy classic.