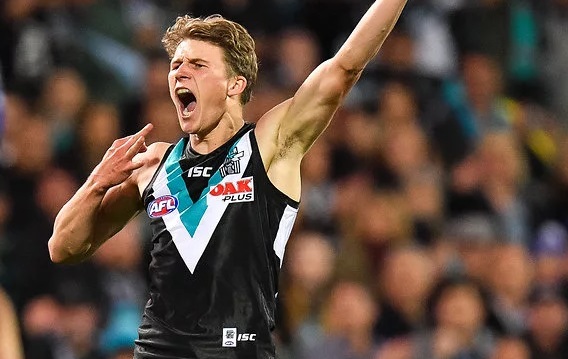 Xavier Duursma won’t be available for a significant period of time, he injured his knee against Richmond in Round 4.

He has undergone surgery to repair the lateral ligament complex in his right knee via Power media.

Duursma is expected to be available at the back end of the 2021 season, Port Adelaide will likely provide updates in the upcoming period on his rehabilitation progress.

Duursma averaged 82.3pts from his opening 4 games of the 2021 season, he averaged 20.0 Disposals over the same period.

Port Adelaide have their injury concerns coming out of Round 4, Zak Butters is also sidelined for an extended period with an ankle injury.

Port Adelaide have pretty decent depth, Tom Rockliff is on the radar to return while Sam Powell-Pepper won’t be far away from being available at AFL level.

Duursma is a trade out in AFL Fantasy classic.