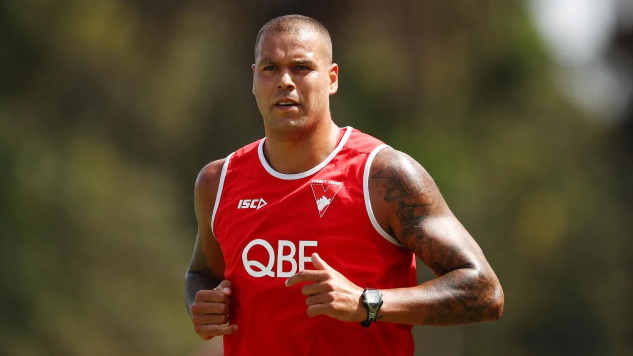 Lance Franklin has been sidelined with a leg injury, the incident occurred in the 3rd quarter against GWS in Round 5.

He has been diagnosed with bone bruising to his shin, he is expected to miss 3-4 weeks via Swans Media.

“Pretty significant collision for Lance during the third quarter of Saturday’s game, he sustained a knock to the outside of his lower leg. Unfortunately he had some bone bruising to that anterior aspect of his shin so he’s going to miss the next three to four weeks unfortunately.” Swans Head of Physiotherapy and Medical Services Damian Raper.

Hayden McLean has been used when Franklin has not played this season, he is a possible replacement for Round 6.

The Swans also have issues at the Ruck position with Tom Hickey also sidelined with injury.

Franklin is a trade out in AFL Fantasy classic.