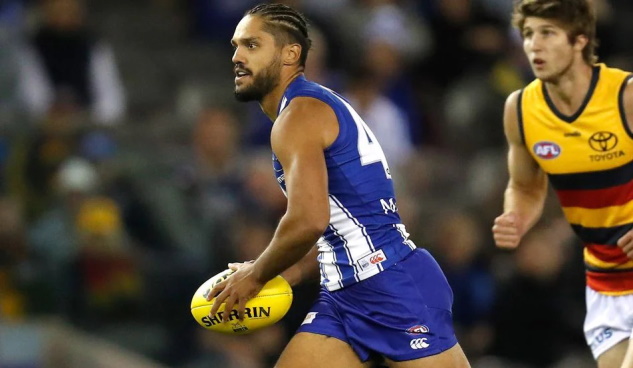 Aaron Hall has settled in defence for the Kangaroos this season, he recorded a season high 143pts last week.

The Kangaroos have a league worst -13.3 Inside 50 Differential this season, he should see enough ball traffic on Saturday despite the struggles for Collingwood this season.

A return to a wing type role for Kelly allowed more freedom to win plenty of ball on the outside in Round 7, the match-up on Saturday against Essendon is also quite favourable.

Ownership will be inflated this week, a ceiling game is in play.

Caleb Poulter was solid in his AFL debut last week, he recorded 15 Disposals & 5 Marks for 51pts.

He’ll likely play on the outside in a wing type role again on Saturday.

Expect ownership to be moderate.