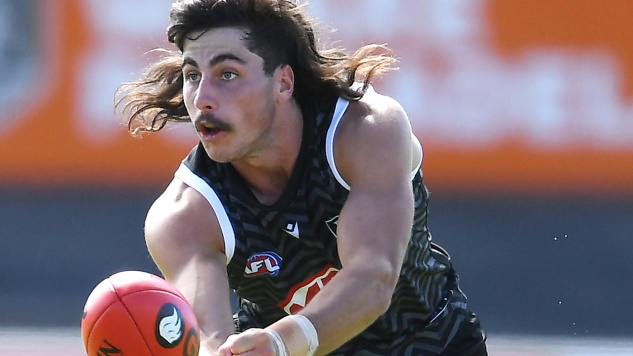 Round 11 of the 2021 H&A season begins on Friday night, @aflratingsPete ranks the Top 5 Trade Targets Under $300K in AFL Fantasy classic.

Jones was a little quiet in his return from injury last week, it didn’t help that Collingwood played a high possession type game which likely limited his opportunities across half-back. Power senior coach Ken Hinkley likely prefers Jones in defence with his straight line running & contested type ability, a decent run through the Bye period should provide a further increase in salary.

Bianco will make his AFL debut in Round 11, he has averaged 26.0 Disposals, 5.0 Marks & 7.5 Tackles in 2 VFL games this season. He can play across a half back role, with the Magpies settling into a reset this year hopefully he can be used in that premium scoring position at a high rate. But as we have seen with players entering the Collingwood team this year playing in their preferred role is not a guarantee. A decent run at AFL level should see Bianco provide a decent ROI.

Riley Garcia will make his AFL debut in Round 11, he is a high pressure type player that can have impact forward or a little further up the ground in the midfield. He has averaged 23.8 Disposals, 2.8 Marks & 6.0 Tackles from 5 VFL games this season. If Garcia can establish himself in the team early then a decent ROI is likely, his game style suits the Bulldogs game plan.

Reeves was pretty decent in his AFL debut last week scoring 66pts, he recorded 13 Disposals, 2 Marks, 4 Tackles & 21 Hit Outs. With the Hawks in a rebuild phase it is likely Reeves will be given plenty of opportunities at AFL level for the remainder of the season, he could be a pleasant surprise from a fantasy perspective throughout the second half of the season. He should provide a decent ROI.

Highmore is back in the Saints team for Round 11, he has averaged 54.7pts from 3 games this season. Injuries & poor form from others have opened up what should be decent short term security in the AFL team. If he can move into an intercepting type defender role then it is possible his scoring could increase at a decent rate, keep an eye on the Saints injury list & available players at St Kilda. If Highmore can produce early in his return to the team, it may convince senior coach Brett Ratten to retain him in defence.