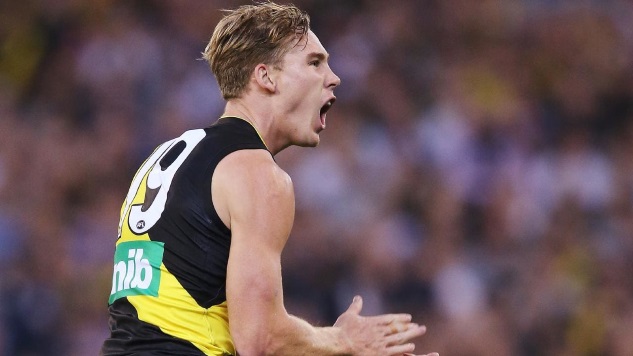 Richmond key forward Tom Lynch will be sidelined for an extended period, he has sustained a knee injury

He underwent scans this week, the injury has been diagnosed as a torn cartilage via Tigers media.

Lynch will undergo surgery this week.

He is expected to miss 5-6 weeks according to Richmond GM of Football Neil Balme on Wednesday via SEN SA.

The Tigers will likely provide updates as his rehabilitation progresses.

Tom Lynch has averaged 59.1pts from 10 games this season, he scored a season high 105pts in Round 7.

It is expected Callum Coleman-Jones will see an opportunity to replace Lynch, Mabior Chol is another direction possible for the Richmond match committee.

The Tigers are expected to see a number of players return over the upcoming period, the midfield should see senior AFL players return which could impact players such as Riley Collier-Dawkins. If the Tigers want to run Jack Riewoldt as the only key forward, it may result in Dustin Martin spending a little more time forward.

The Richmond team is one to monitor in the short term for adjustments which could provide key fantasy information.

Lynch is not an option in AFL Fantasy classic.