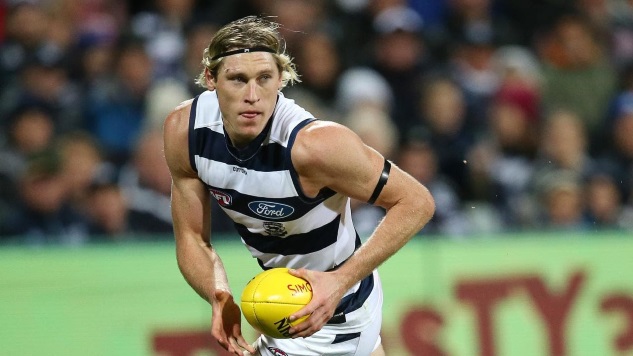 Mark Blicavs will likely assume most of the ruck duties for Geelong on Friday night, he has averaged 82.2pts when recording 13 Hit Outs or more this season.

He versatility to play through the midfield should provide enough scoring opportunities from a fantasy perspective.

The ability to hit a genuine ceiling game is a possibility, he recorded a season high 129pts in a favourable match-up against Gold Coast in Round 10.

It was a very quiet return for Patrick Dangerfield in Round 13, he recorded 18 Disposals & 2 Tackles for a low return of just 51pts.

Ownership may be moderate on Dangerfield on Friday night based on recency bias, his record against the Bulldogs has been very good for a long period of time.

A bounce back game could be in play.

Mark O’Connor returned to the team last week, he was sent to Travis Boak for the majority of game time.

His centre bounce usage was 82.4%, but he returned a low score of just 41pts.

It is likely he’ll be used in a tagging role through the midfield again on Friday night, that should provide enough opportunities to score from a fantasy perspective.

With little value options on the board on Friday night, O’Connor may be a popular option.