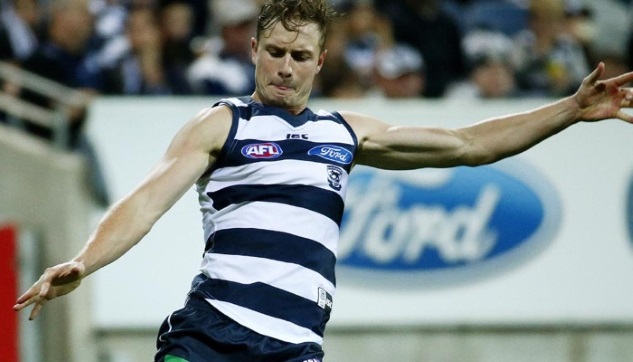 Mitch Duncan has been sidelined for an extended period, he injured his knee against the Bulldogs in Round 14.

He has been diagnosed with a PCL injury, he is expected to miss 8-12 weeks.

The timeline could change based on the ligament repairing successfully.

“We were expecting that the injury was to Mitch’s PCL, and the scan confirmed that,”

“There was no other damage to Mitch’s knee. The rehabilitation timelines will be further discussed with our medical and fitness team in consultation with specialists.”

“We will explore all available options that will allow Mitch to return as quickly and safely as possible.” Cats GM of Football Simon Lloyd.

Geelong will likely provide updates throughout his recovery period.

It has been an injury interrupted season for Mitch Duncan, he started his 2021 campaign in Round 3 & was concussed in Round 10.

The PCL injury likely rules him out for a significant part, if not all of the remaining games in the H&A season.

Duncan has scored 100pts or more in 6 of 8 non-injury related games this season.

Quinton Narkle has been overlooked this season at times, he may finally see a decent run in the AFL team.

Jordan Clark is also a like for like replacement on a wing role for Duncan, Gryan Miers is nearing a return while Shaun Higgins was the medical sub for Round 14.

Senior coach Chris Scott may even shuffle a few roles within the current line-up to accommodate the loss of Duncan.

Duncan is a trade-out in AFL Fantasy classic.