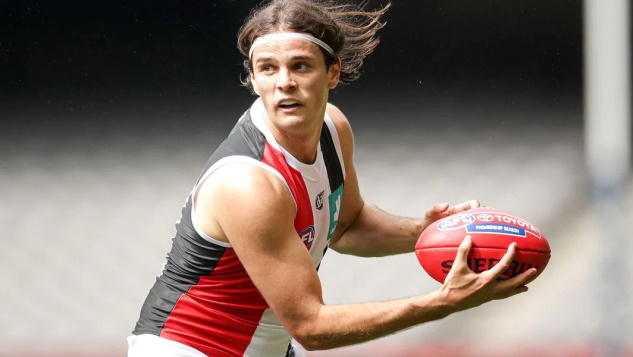 Hunter Clark has been sidelined for an extended period, he received a heavy knock against Adelaide in Round 13.

He was assisted from the ground by Saints medical staff & subbed out of the game, subsequently he was diagnosed with a fractured jaw.

Clark underwent surgery on Sunday, he is likely to miss 6-8 weeks via Saints media.

“Hunter will likely miss 6-8 weeks, which is hugely disappointing,”

“He put his body on the line and head over the footy, which are some of the things we love about Hunter’s game, but ultimately he’s come off second best in this instance.” Saints COO Simon Lethlean.

The Saints will likely provide updates as his rehabilitation progresses.

He has been used in multiple roles for the Saints this season, anywhere from half-back to inside midfield & even out on a wing.

The Saints do have an extended injury list which does limit available replacement options, the bye this week will provide a refresh for the team & coaching staff to re-assess what has been a disappointing season.

Positional changes could be possible in the second half of their season as they re-evaluate their playing list ahead of the 2022 season.

Clark is a trade out in AFL Fantasy classic.