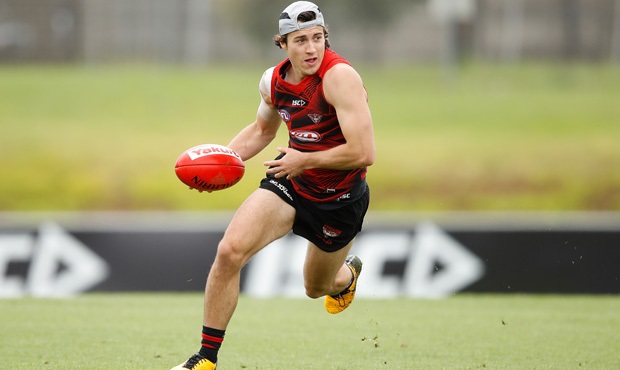 Andrew McGrath will be sidelined for at least an extended period, he injured his knee in Round 12 against Richmond at Optus Stadium.

McGrath has been diagnosed with a grade two posterior cruciate ligament injury via Bombers media.

“We are really disappointed for Andy who was putting together a consistent season to date as part of our midfield group,”

“Andy is a true professional who will be very driven to see a return to play as soon as possible. We know he will attack his rehabilitation program and continue to contribute to the team while not playing.” Bombers GM of Football Josh Mahoney.

Essendon will likely provide updates as his rehabilitation progresses.

Andrew McGrath averaged 94.7pts between Rounds 1-11, he recorded a season high 141pts in Round 1.

Essendon are without Dylan Shiel, Jye Caldwell & Andrew McGrath through their midfield, Shiel is still quite a few weeks away from returning.

Kyle Langford has seen his role through the midfield & centre bounces increase over the last few weeks, Archie Perkins was moved into the midfield in Round 12 as an adjustment to the McGrath injury which did send Nick Hind forward & Matt Guelfi to half-back.

The threat of Darcy Parish & Zach Merrett being targeted likely increases somewhat in the short to medium term, both are ranked in the top 7 for disposals in the AFL this season.

McGrath is a trade-out in AFL Fantasy classic.