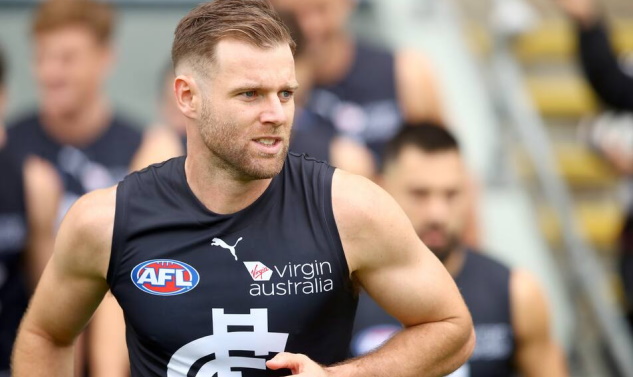 Sam Docherty has been sidelined for an extended period, after feeling some discomfort this week he was sent for scans.

He has been diagnosed with an acute syndesmosis injury, he underwent surgery on Wednesday.

Carlton will assess his availability for this season post surgery, with 8 rounds remaining in the 2021 H&A season his season could be over.

“This is clearly unfortunate news for Sam, who was really looking forward to helping the side put together strong performances in the back half of the season,”

“Bad luck like this is never good to receive but at least by picking up the injury early we’ve been able to ensure we can get Sam on the road to recovery as quickly as possible.” Blues Head of Football Brad Lloyd.

Zac Williams is sidelined through suspension in Round 16, Nic Newman who was the medical sub in Round 15 likely holds his spot in the team after an excellent game after replacing Marc Murphy (Calf).

Sam Petrevski-Seton could move to half-back for Round 16 coverage, beyond that Williams & Newman could see a spike in fantasy output due to the loss of Docherty.

Docherty is a trade-out in AFL Fantasy classic.