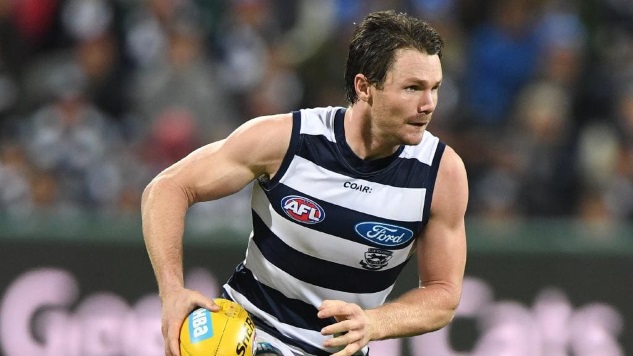 The season for Cam Guthrie was interrupted several weeks ago with a shoulder injury, he has since returned & scored 112pts in a Geelong loss last week.

His centre bounce usage should be strong on Friday night.

Patrick Dangerfield has been severely interrupted by injury this season, he has averaged 88.0pts from his last 2 games.

Although the centre bounce usage is unlikely to be high on Friday night expect decent usage through a midfield & forward role, his ability to hit the scoreboard in favourable match-ups has been a crucial element to hitting ceiling games over his career.

Quinton Narkle has been in & out of the Geelong team all season, he has been used as a medical sub this season which has influenced his salary for Friday night.

Based on his career scoring history Narkle is excellent value, he will likely be used through the midfield with a decent sprinkling of centre bounce usage.