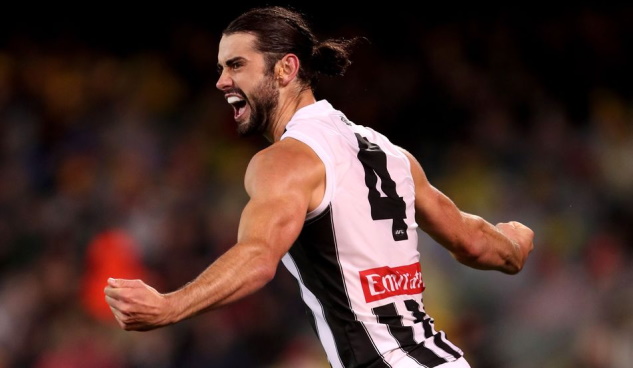 Brodie Grundy has averaged 108.5pts since his return from a neck injury, he has a season average of 110.7pts.

The match-up in the ruck for Grundy on Sunday is quite favourable against Richmond, a ceiling type game should be in play.

Since his return from injury in Round 7 Whitfield has averaged 102.8pts, his ability to find open space to accumulate disposals make him a genuine threat to post a ceiling game.

Jordan deGoey has seen an increase in midfield usage in his recent games, he has recorded 32 Disposals in each of his last two games.

He’ll still spend time forward & can impact the scoreboard, based on his recent scoring output the salary for Sunday should be value.