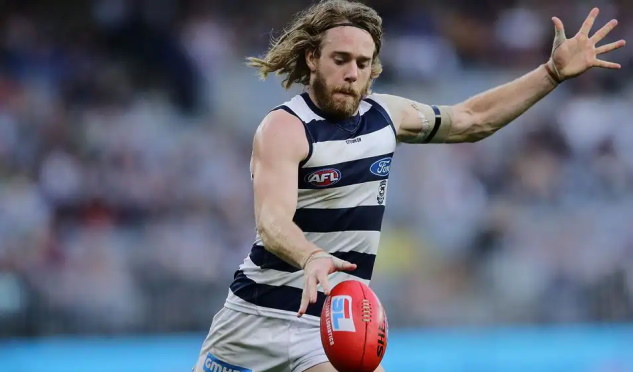 Cam Guthrie is expected to roll through the Geelong midfield at a high rate on Friday night, he has averaged 113.8pts from his last 4 games.

The Cats are heavy favourites against the Giants, if the game script plays out that way then expect a fair amount of late uncontested marks for Geelong which Guthrie is likely to be part of.

Tom Stewart might work his way late to a ceiling game if the Cats can take care of the Giants early on,

Geelong have averaged 104.4 uncontested marks from their last 5 games (Rank 3), they have exceeded 120 or more in 2 of their last 3 games.

Expect Stewart to be fully involved on Friday night, a ceiling game could be in play.

Kieren Briggs will assume the No.1 ruck role for the Giants on Friday night with Shane Mumford being managed due to a back issue.

Briggs has seen limited action at AFL level this year, he has averaged 55.7pts from 3 games all of which were in a dual ruck set-up.

Expect strong ownership, he should be in a good spot to exceed value.