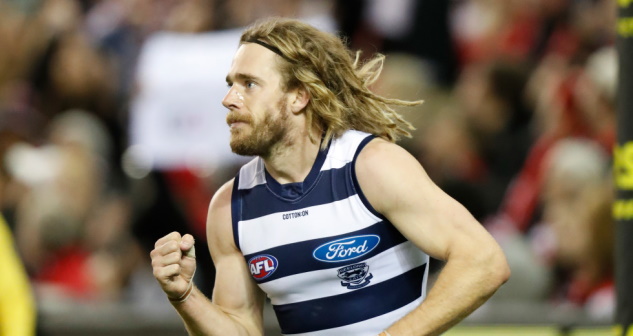 Cam Guthrie is coming off an equal season low of 58pts last week, Geelong were soundly beaten by Port Adelaide by 43pts at the Adelaide Oval. The Cats enter the game on Friday night -16.5 favourites against the Giants.

Ownership may thin out a little following the low score last week, it may be an opportunity to roster him with a potential for an ownership dip.

In his opening 7 games of the season he averaged 123.1pts, if Geelong bounce back for a win on Friday night expect a Duncan ceiling game to be in play. He should be highly considered in a Geelong stack.

Max Holmes returns to the Geelong line-up on Friday night after missing out on selection last week, he averaged 67.0pts between Rounds 21-23.

He will likely spend most of the game across half-forward, but he can work up the ground in general play.

The salary for Holmes looks decent value this week, expect a decent amount of ownership.