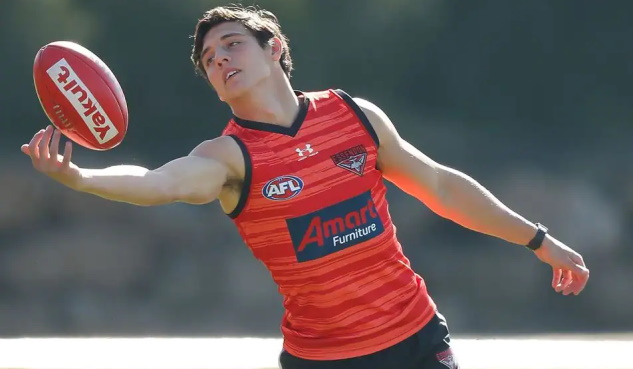 Essendon senior coach Ben Rutten has provided an update on the role for Jye Caldwell, speaking on SEN on Monday morning Rutten was confident he would be used as an inside midfielder.

Caldwell had a very strong pre-season prior to the 2021 season after crossing over from the Giants, he was injured early in the season at Round 2 & subsequently did not return until the Preliminary Final.

“I’ve got some really high hopes on Jye (Caldwell), he was probably our best performer throughout the pre-season in terms of our training & our pre-season games”

“He’s a 3rd going into his 4th year player, he’s a big strong inside player, he’s got fantastic hands. I think he’ll really be able to compliment Darcy (Parish), (Zach) Merrett & (Dylan) Shiel & those kind of guys in & around the ball as well” Bombers Snr coach Ben Rutten via SEN.

Caldwell recorded 22 Disposals in Round 1 against Hawthorn.

FANTASY IMPACT: Caldwell scored 104pts in Round 1 & 49pts in Round 2 prior to sustaining a hamstring injury in the 3rd Qtr, he scored 61pts in the Preliminary Final after a very promising start in the 1st Qtr.

The Essendon midfield will likely be quite congested in 2022 with a healthy list to choose from, Zach Merrett, Darcy Parish will likely be used at a high rate while Jake Stringer was again used heavily at centre bounces in 2021.

Caldwell is one to watch over the pre-season with a discounted salary at Round 1 in season long fantasy, he’s likely to be a mid-round selection in draft leagues without the guarantee of strong centre bounce usage.