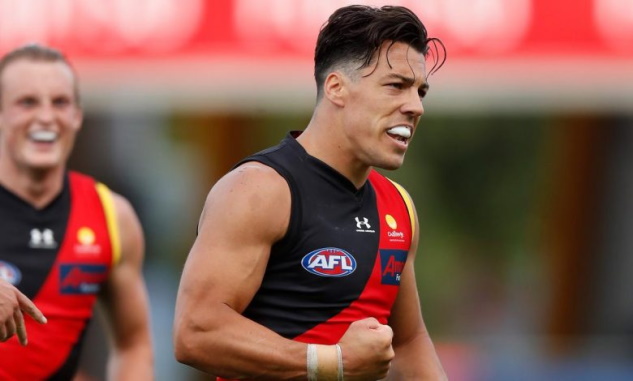 Essendon senior coach Ben Rutten has provided an update on the role for Dylan Shiel, speaking on SEN on Monday morning Rutten was bullish on a midfield role in particular centre bounce usage for Shiel.

Rutten also forecast a move forward ahead of the ball as his secondary role.

Shiel injured his knee late in Round 2 against Port Adelaide, he did not return until Round 19.

Shiel was used at 68.9% of centre bounces in his opening two games of the 2021 season, once he returned from injury his usage dropped to 48.4% from his final six games.

“He’d been developing over the course of the summer as playing certainly on-ball,”

“I think to be able to play in & around the ball & ahead of the ball, I think that’s going to be where Dylan best suits”

“So to be able to get him & (Jye) Caldwell into that midfield mix that we didn’t have for large parts of the season this year I think is going to really strengthen our playing group” Bombers Snr coach Ben Rutten via SEN.

FANTASY IMPACT: Dylan Shiel averaged 66.0pts from 8 games in 2021, he recorded a season high 86pts in the Preliminary Final against the Western Bulldogs.

With only 7 games played in the 2021 H&A season he will be slightly discounted in season long fantasy, his ADP will slide compared to the 2021 season.

Shiel will be 29 at the start of the 2022 H&A season, he could see moderate centre bounce usage with strong midfield depth currently at Essendon.

Zach Merrett & Darcy Parish will likely be used at a high rate at centre bounces in 2022.