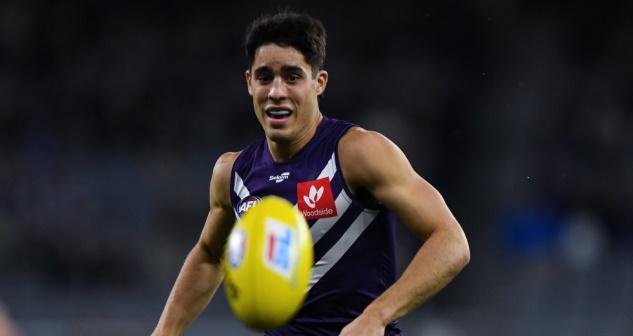 Adam Cerra has been traded to Carlton, he has played 76 games for Fremantle.

“We’ve had the clear intention this off-season to improve our midfield group and with Adam, we’re welcoming a real classy on-baller whose best football is still to come,”

“He’s rarely missed a game at senior level since stepping into the AFL environment as an 18 year old. He knows where to run to get the footy and when he gets it, good things happen.” Carlton Head of List Management Nick Austin via Blues Media.

FANTASY IMPACT: Adam Cerra averaged 87.3pts from 18 games in 2021 for the Dockers, he scored a season high 138pts in Round 20 against Richmond.

New Carlton senior coach Michael Voss will likely expose Cerra to a midfield role, his centre bounce usage could be strong in 2022.

We did see a glimpse of a decent ceiling for Cerra at Fremantle in 2021, his pre-season games are a must watch for role & potential scoring output.

He is a consideration for season long fantasy at Round 1, it’s worth bumping him ahead of ADP in draft leagues.