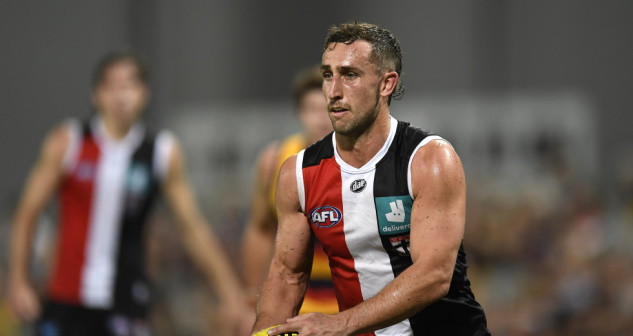 Luke Dunstan has joined Melbourne as a delisted free agent, he has played 116 games for St Kilda.

“With Nathan Jones retiring and Aaron vandenBerg moving on, we have lost a considerable amount of experience out of our midfield group.”

“We think Luke’s best football is ahead of him and just as importantly, Luke is a terrific cultural fit for our club.” Melbourne List Manager Tim Lamb via Demons Media.

FANTASY IMPACT: Luke Dunstan averaged 94.6pts from 12 games for the Saints in 2021, he scored a season high 140pts against Nth Melbourne in Round 11.

Dunstan will provide midfield depth for Melbourne in 2022, the high centre bounce rotation of Christian Petracca, Clayton Oliver & Jack Viney is likely to remain the same.

Dunstan is an unlikely consideration in season long fantasy at Round 1 unless opportunities open up through injury, he’s likely a late round selection at best in draft leagues.

The scoring ability is strong, it’s about opportunity now for Dunstan.