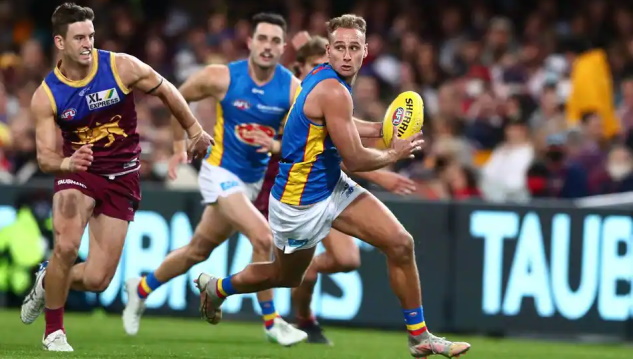 Will Brodie has been traded to Fremantle, he has played 24 games for Gold Coast.

“Will is a former pick nine. He’s a big, 190cm inside mid who has really good speed and is a good contested and clearance player,”

“He has an impressive overhead game as well that we really want to explore. We can also see him playing inside, using his speed and his contested game, as well as pushing forward and utilising his overhead abilities to add a forward role to his game as well.” Fremantle Head of Player Personnel David Walls via Dockers Media.

FANTASY IMPACT: Will Brodie averaged 51.3pts from 4 games for Gold Coast in 2021, he scored a season high 67pts in Round 19 against Brisbane.

Hopefully there will be increased opportunities for Brodie to play an inside midfield role at the Dockers, he has the ability to score fantasy points at a pretty decent clip when playing consistently through the midfield.

Brodie is a consideration for season long fantasy, however that role in the midfield for Fremantle needs to be quite secure with expected decent centre bounce usage.

Based on his expected role for the 2021 season, that will likely impact his ADP in draft leagues. If the midfield role is secure then it’s worth being ahead of ADP.

Do you think Will Brodie is a first team midfielder?

Justin Longmuir: “We do, yeah I do personally.”

“He’s open to a few things he needs to improve on in the game,”

“The thing I see is he’s got some real AFL qualities especially in his stoppage work, his size around stoppage & his ability to distribute & give off to runners but also break the lines himself is really good.”

“He’ll work hard to tidy a few things up & improve his game, we’ll let him play to his strengths & see what we can produce.” Justin Longmuir (October 15) via Sportsday.