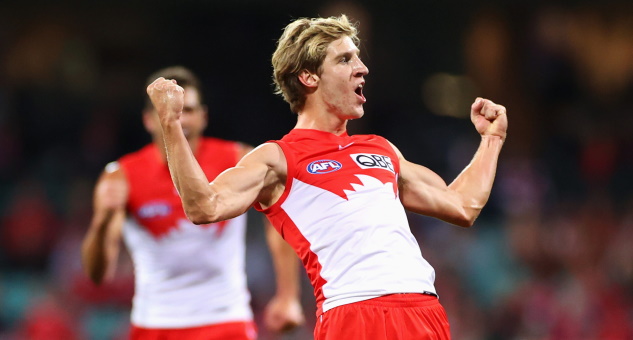 Sydney GM of Football Charlie Gardiner provided an update on the role for Dylan Stephens next season, speaking on Trade Radio on Tuesday he stated that Stephens would be used in a midfield role.

“We think he can play that wing role, he can certainly run.”

“We think he can go inside (midfield) as well.”

“We’re really excited to see what he can deliver.” Swans GM of Football Charlie Gardiner via Trade Radio on Tuesday.

FANTASY IMPACT: Dylan Stephens averaged 36.8pts from 6 games in 2021, he scored a season high 63pts in Round 7 against Geelong.

With limited opportunities early in his career, he recently signed a 2 year contract extension with the Swans.

Stephens will be a watch over the pre-season, if he can secure a place in the Sydney midfield there should be upside in his scoring output.

He is a consideration based on price at Round 1 in season long fantasy, he is worth considering in the late rounds in draft leagues as a sleeper.

“We think we’ve got some really good exciting young players coming through our midfield.”

“With George (Hewett) & Jordan (Dawson) not there, there’s definitive opportunities for players like Dylan (Stephens).”

“So we think we’ve got some good young players to step up & we think there’s significant improvement in our squad” Swans CEO Tom Harley via 5AA (October 14).