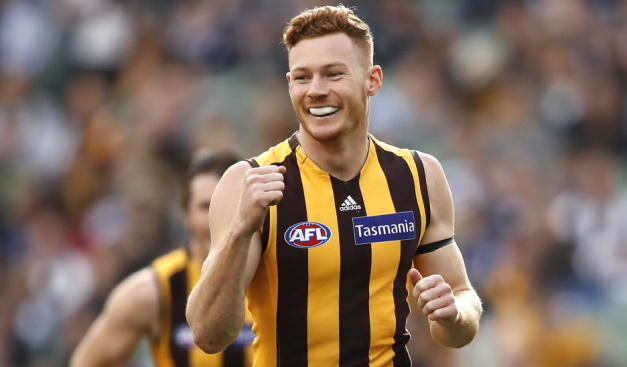 Tim O’Brien has joined the Western Bulldogs as an unrestricted free agent, he has played 96 games for Hawthorn.

“We’ve seen Tim’s strengths at either end of the ground during his time at the Hawks, but we see him adding the most value to our team as a defender.”

“We’re excited by his ability to read the play and win back possession through his intercept marking, and he has impressive speed for a tall player.” Western Bulldogs GM of List Management & Football Projects, Sam Power.

He will provide key tall support at the Bulldogs next season, his fantasy scoring output is likely to remain volatile.

O’Brien is a pass in season long fantasy, he’s also a pass in draft leagues.