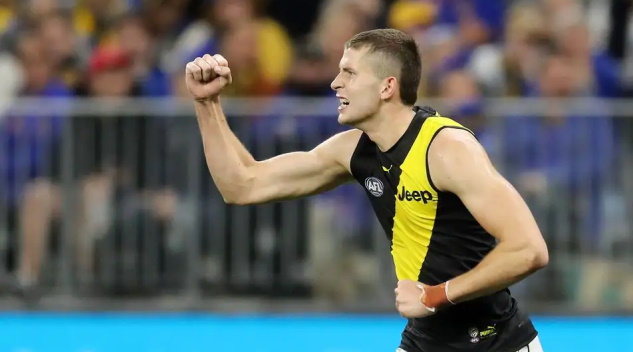 Callum Coleman-Jones has been traded to Nth Melbourne, he has played 9 games for Richmond.

Coleman-Jones was traded to the Kangaroos in the same deal that sent Robbie Tarrant to the Tigers, an exchange of draft picks were also part of the deal.

“We feel Cal is more a ruck/forward rather than a forward/ruck.”

“He was keen to get more opportunity in the ruck, and we think we can provide that.”

“Goldy (Todd Goldstein) played a lot more forward last year, and it’s clear that he can do that.”

“In the short term, they can clearly share the ruck duties.”

FANTASY IMPACT: Callum Coleman-Jones averaged 57.8pts from 8 games in 2021 for the Tigers, he scored a season high 76pts against Adelaide in Round 11.

The Kangaroos will likely give more opportunities to Coleman-Jones at the ruck position in 2022, that could come at the expense of Todd Goldstein.

Eventually it appears Coleman-Jones will be the No.1 ruck at the Kangaroos, but senior coach David Noble is at least in the short term a proponent of a dual ruck set-up. This will likely create volatility in fantasy scoring for both Goldstein & Coleman-Jones next season.

Coleman-Jones is likely a pass in season long fantasy at Round 1, he’s a speculative pick in late rounds in deep draft leagues.

Keep in mind the eventual takeover for Coleman-Jones at the No.1 ruck position for future reference.