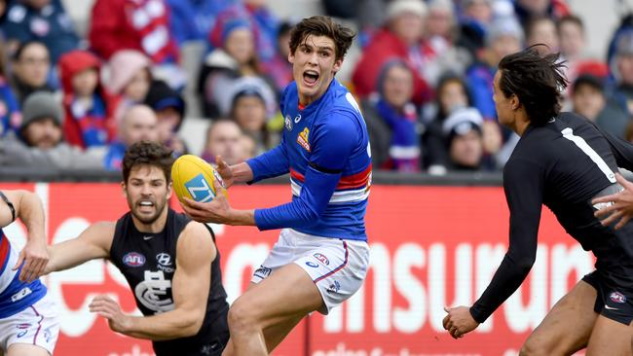 Lewis Young has been traded to Carlton, he has played 24 games for the Western Bulldogs.

This was a multi-club trade.

“We have been tracking Lewis’ development as a key defender very closely and believe he is now at the point where he can regularly push for senior selection and with five years of development under his belt, we look forward to seeing him take his game to the next level in the Navy Blue.” Carlton Head of List Management Nick Austin via Blues Media.

FANTASY IMPACT: Lewis Young averaged 48.9pts from 9 games for the Bulldogs in 2021, he scored a season high 66pts in Round 4 against Brisbane.

Young will likely be used predominantly as a key defender at the Blues under new senior coach Michael Voss, his fantasy scoring output isn’t expected to be strong.

Young is a pass in season long fantasy, he’s also a pass in draft leagues.