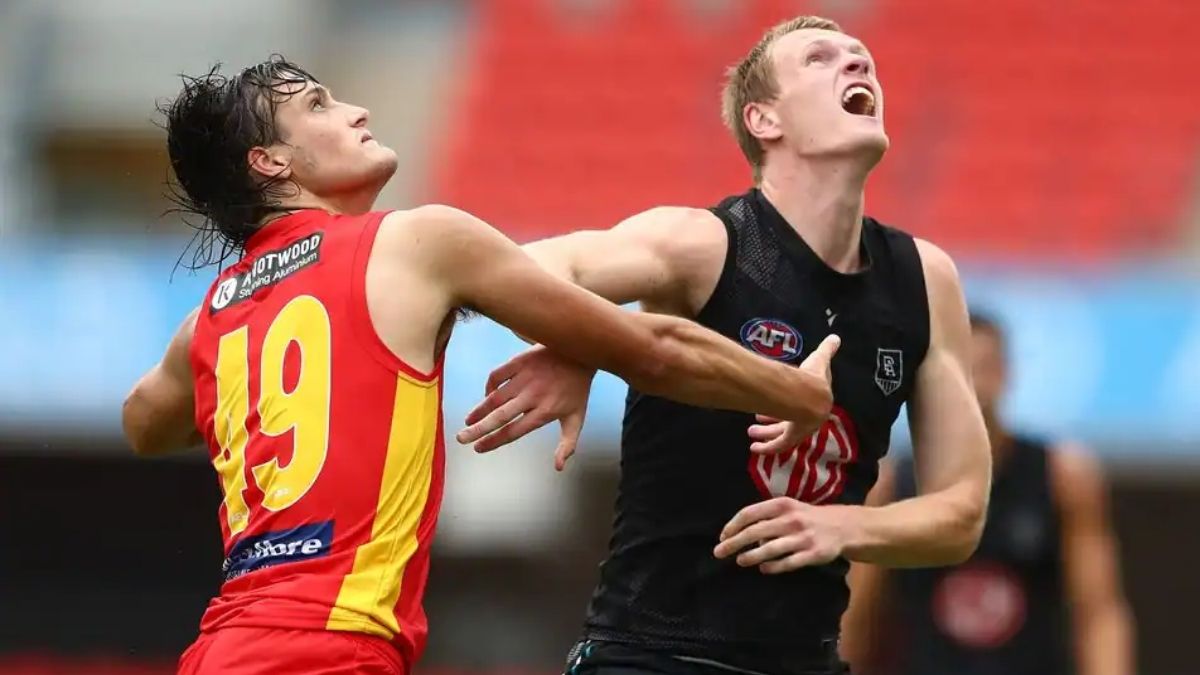 Ned Moyle has signed a contract extension at God Coast.

Moyle was selected at pick 5 in the 2021 mid-season draft.

Gold Coast GM of Player Talent and Strategy Craig Cameron described Moyle as an important signing for the club.

“We identified Ned as a player who could add depth to our ruck stocks when we drafted him last year and we’ve been really impressed with what he has been able to produce so far,”

“He’s been able to compete really well against some experienced opposition this year which we are excited to see more of in the future.” Cameron said.

Happy Thursday! Ned Moyle has extended his contract with the club ☀️https://t.co/PxPvVLuDPA