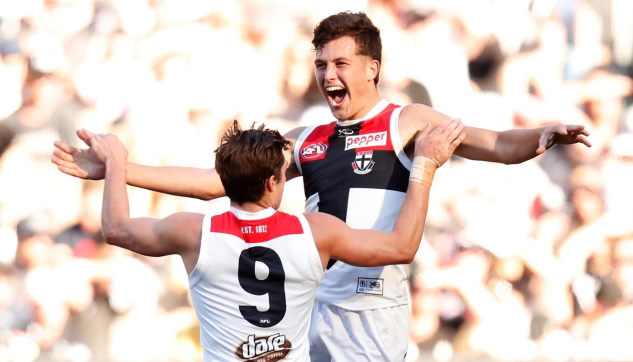 Rowan Marshal has been sidelined for an extended period, he injured his foot in Round 9 against Geelong.

He failed to complete the game.

Marshall has since undergone surgery on his ongoing plantar fascia issue, he is expected to miss 4 weeks.

“This is a really frustrating injury to manage”

“It can seem a bit like one step forward, two steps back, but that is the nature of this issue.”

“The only thing we can do is support Rowan and give him the time he needs to recover.” Saints COO Simon Lethlean.

Marshall has played only 5 games this season, he scored a season high 124pts in Round 6.

His absence will likely create an opportunity for a second ruck to re-enter the team, under senior coach Brett Ratten the Saints have favoured playing a dual ruck set-up.

Shaun McKernan or Paul Hunter are likely replacements for Marshall, Paddy Ryder could see an increase at the No.1 ruck spot for the short term.

Marshall is a trade out in AFL Fantasy classic.